For many reasons the past few months I’ve been feeling especially grateful for the wonderful people who are apart of my work and life because I am active on twitter. Folks who see twitter as something full of cat videos and the president’s latest thoughts often laugh at this, but science twitter is a powerful community, that has supported me in many small and huge ways over the past 5 years.

To make this point a bit more clear I thought I would show what wouldn’t be on my CV without twitter. Anything with a poorly made microsoft paint red x by it would not have occured without twitter.

I am counting my current position among that, because I know its my publication record that was a big part of getting me the position.

I never would have been able to do that great work with Bird Studies Canada if the introductions hadn’t been made by people I met through twitter! 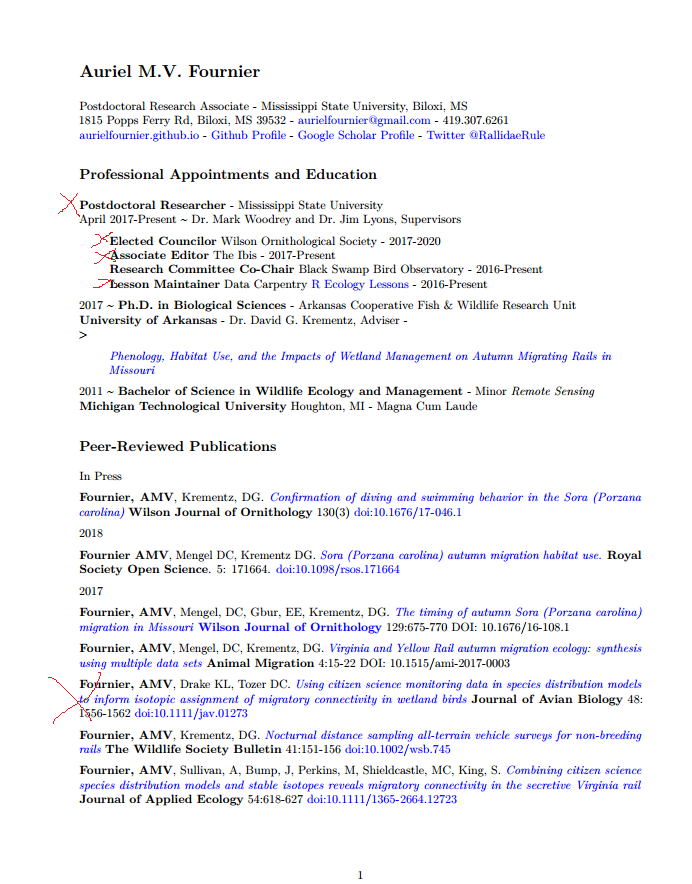 My paper in Bulletin of Environmental Contamination and Toxicology is entirely because I said ‘hey do you have rail data in a drawer, I’ll help you analyze it’ on twitter.

I met my wonderful friend and colleague @thelabandfield through twitter, and our first [but not last, coming soon hopefully!] paper brought us together around an issue we both feel strongly about.

One of my papers that is in review is with folks I met through twitter.

I wouldn’t have gotten that grant to have two undergrads work with me this summer if I hadn’t gotten this job, which happened because of twitter.

I never would have known about the Frances M Peacock grant program without twitter, and many from twitter helped me with my application 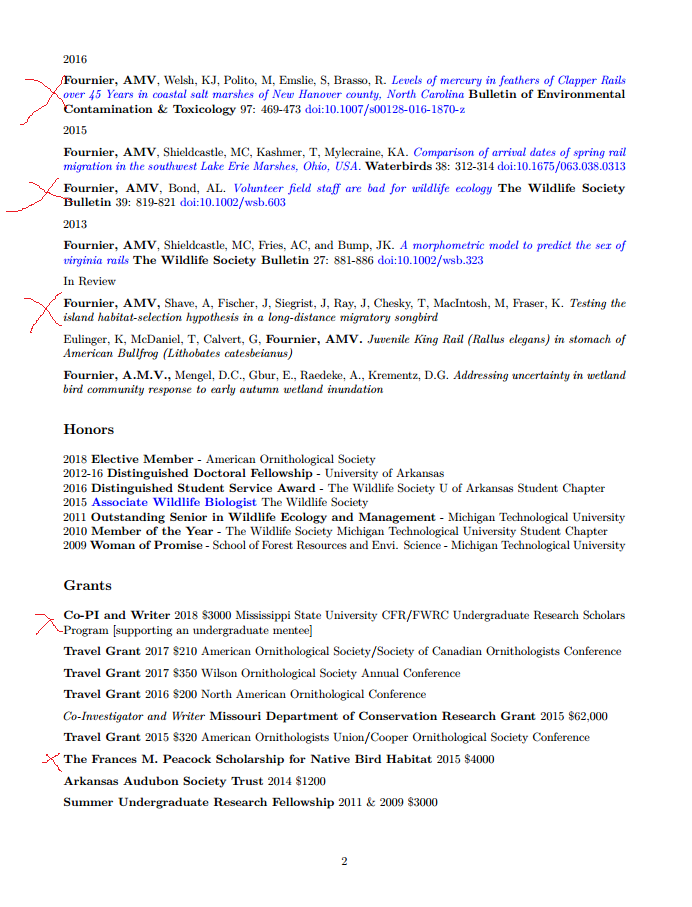 I have received most of my seminar and other speaking invitations from folks I know from twitter. Thank you all!

Many of the presentations I have given, of have been an author on have been on projects that started on twitter. 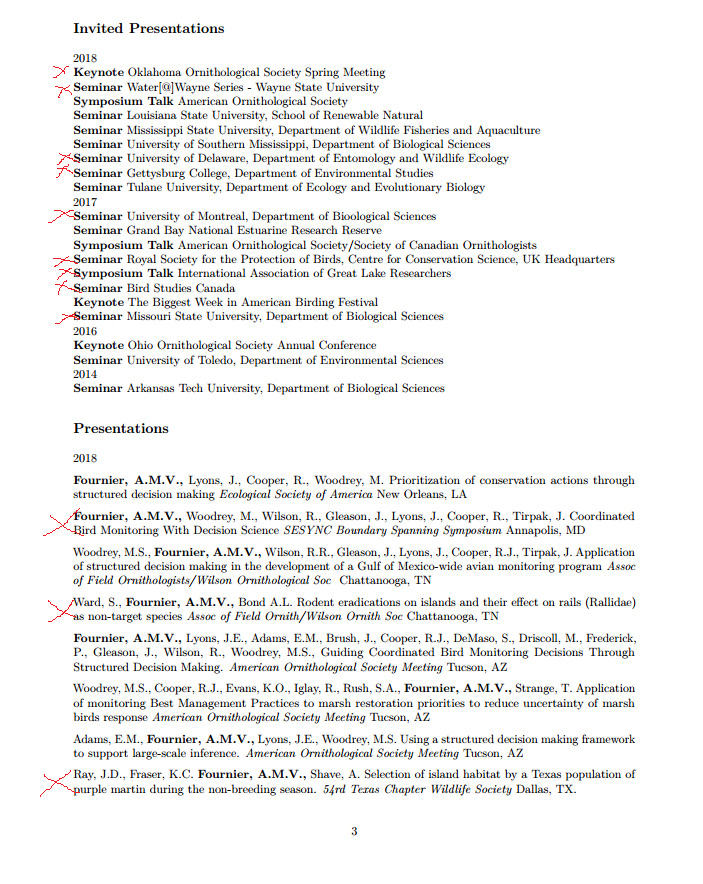 More presentations that would not have been possible without meeting folks through twitter. 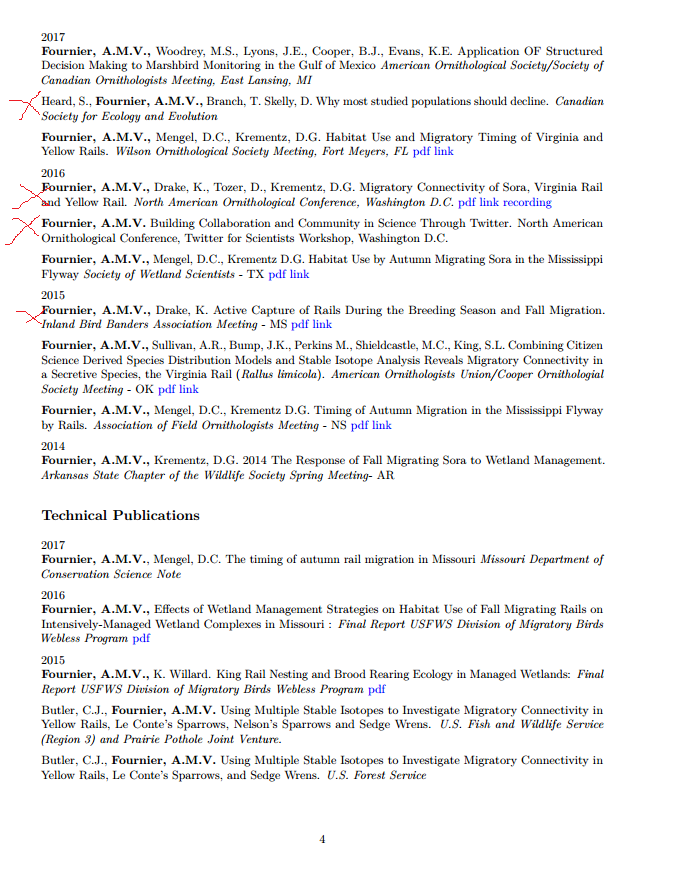 I got involved with the local organnizing committee for the last AFO/WOS meeting because WOS members I met through twitter told me they wanted certain events at the next meeting, so I made it happen.

I would never have known ROpenSci Unconf existed, much less had the guts to apply without twitter.

I also learned that SESYNC and NIMBIOS existed through twitter, and was encouraged to take great courses both places by folks from twitter. 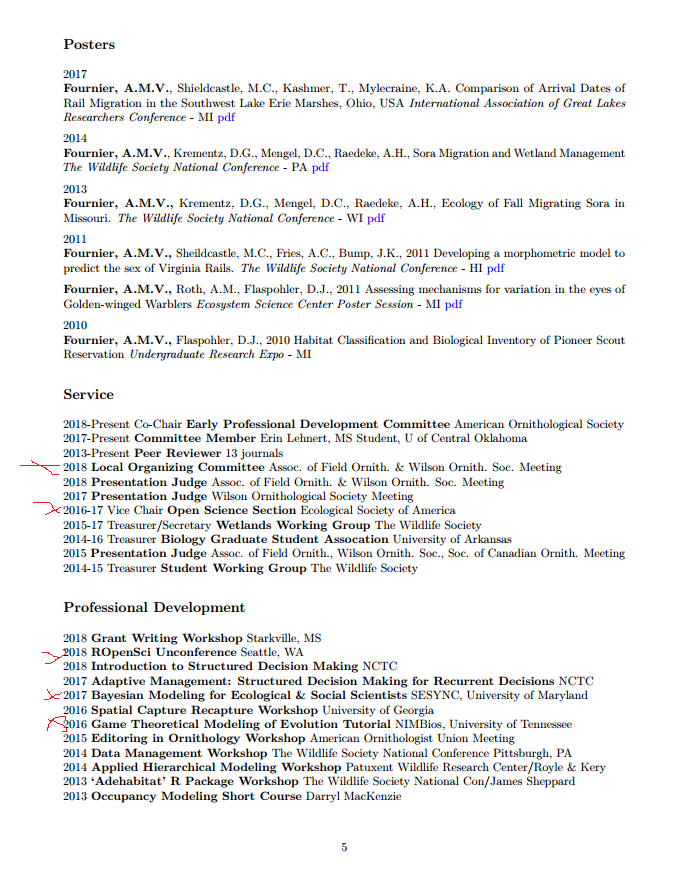 A lot of my teaching experience ceases to exist without twitter, since @cbahlai encouraged me to become a Carpentries instructor, and with that confidence I started teaching workshops with my colleague Matt Boone at AOU/AOS meetings. 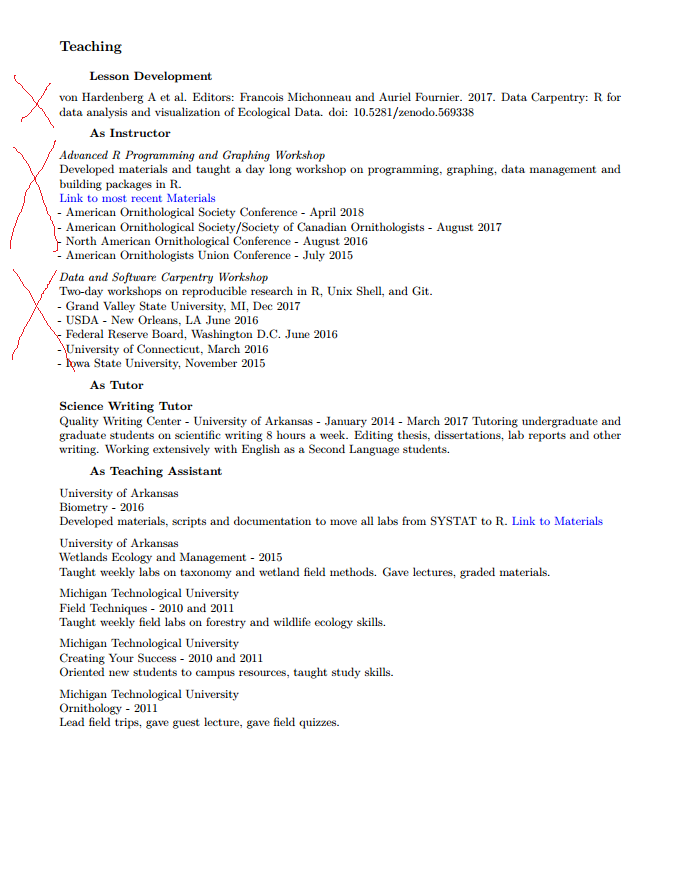 I wouldn’t have known about Skype with A Scientist without Twitter.

I also would have missed out on some freelance work with Bird Studies Canada, as well as all my current work with Porzana Solutions. 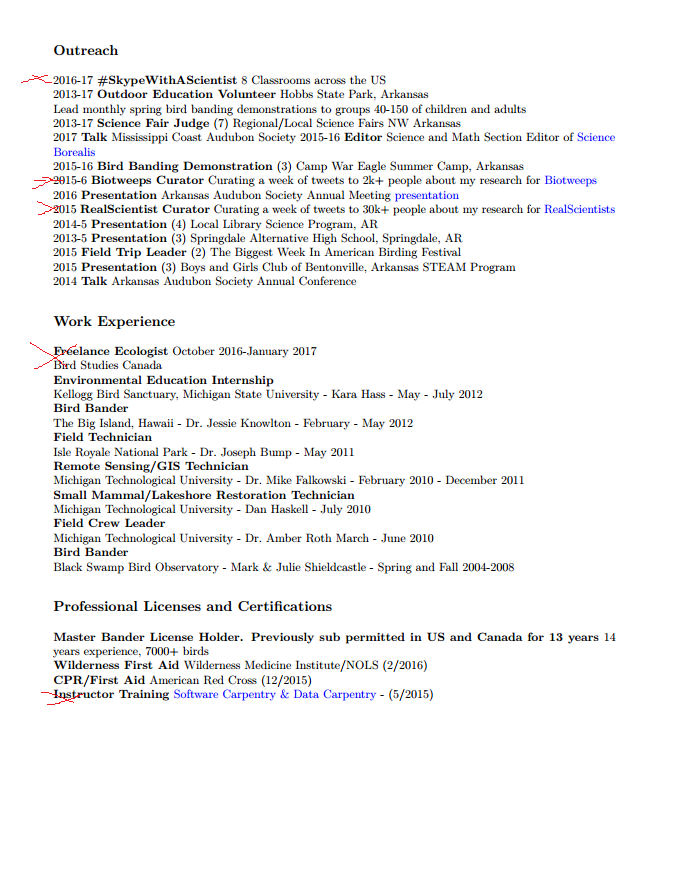 Twitter has changed my life, the people I have met here have become my close friends and valued colleagues.

My life, and my work are better for it.